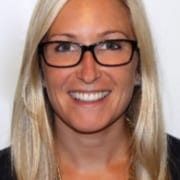 Assistant Professor of Behavioral and Social Sciences and Epidemiology, Jaclyn White Hughto led a study that found that frequent exposure to negative depictions of transgender people in the media was significantly associated with clinical symptoms of depression, anxiety, global psychological distress, and post-traumatic stress disorder in this population.

Study is believed to be the first of its kind to explore the effects of exposure to negative transgender-related media across a range of platforms on transgender people. 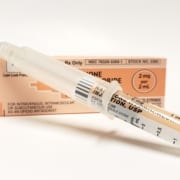 “The victory in Oregon gives me so much hope. It’s about getting thousands out of people out of jail and saving lives. It is about re-humanizing people who use drugs and treating people with compassion, offering them a helping hand instead of handcuffs. It is a victory for us all because it rejects the idea that those who use drugs are criminals who must be incarcerated to get help.” 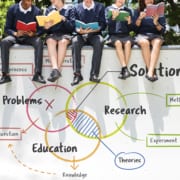 This report was designed to support and empower state and local officials in making critical allocation decisions and consolidates the best research evidence to provide recommendations for high-impact investments that will improve the addiction treatment system, strengthen prevention and harm reduction programming, and address substance use disorder within the criminal justice system. In addition to outlining the scientific support for each recommendation, the authors include detailed guidance related to economic impacts and policy considerations. 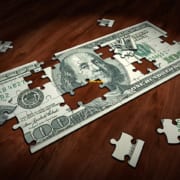 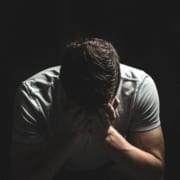 Drug deaths in America, which fell for the first time in 25 years in 2018, rose to record numbers in 2019 and are continuing to climb, a resurgence that is being complicated and perhaps worsened by the coronavirus pandemic. 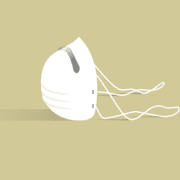 Suspected overdoses nationally jumped 18 percent in March, 29 percent in April and 42 percent in May, data from ambulance teams, hospitals and police shows.

“Nationwide, federal and local officials are reporting alarming spikes in drug overdoses — a hidden epidemic within the coronavirus pandemic. Emerging evidence suggests that the continued isolation, economic devastation and disruptions to the drug trade in recent months are fueling the surge.” 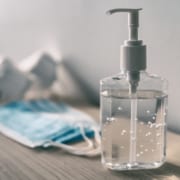 When the machinery of justice is halted abruptly, some of the people trapped inside are not supposed to be there at all.

It’s tempting to think that what happens in prison stays in prison. But a virus doesn’t respect boundaries. It sneaks in with the guards and staff: Each day, three shifts a day, hundreds of potentially infected people walk into a prison and handle the inmates, shackle them, transport them, give them food and medicine. Once the virus gets inside prison doors, “it will go through the prison like a hot knife through butter,” said Rich, the Brown professor. Soon enough, transmission will run in the other direction. As prisoners are infected, they will infect the otherwise healthy staff, who return to their families. 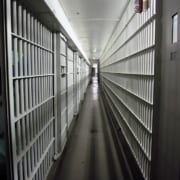 Unless government officials act now, the novel coronavirus will spread rapidly in our jails and prisons, endangering not only prisoners and corrections workers but the general public as well. As the country prepares for further spread of the pandemic, authorities should take immediate steps to limit the risk posed by mass confinement, including releasing those detained on bail, along with elderly prisoners who pose little danger to the public.

Early on in this pandemic, we learned that, as with other closed spaces such as cruise ships and nursing homes, the covid-19 coronavirus spread rapidly in Chinese correctional facilities. Now the United States, which leads the world when it comes to incarceration, faces that same challenge.

It is essential to understand that, despite being physically secure, jails and prisons are not isolated from the community. People continuously enter and leave, including multiple shifts of corrections staff; newly arrested, charged and sentenced individuals; attorneys; and visitors. Even if this flow is limited to the extent possible, correctional facilities remain densely populated and poorly designed to prevent the inevitable rapid and widespread dissemination of this virus.

At the same time, jails and prisons house individuals at higher risk than in other settings, such as schools and restaurants, that have been closed to mitigate contamination. Although corrections facilities cannot be closed, they must be included in any plan aimed at slowing the surge in infections and protecting public safety.

Reassessing security and public health risks and acting immediately will save the lives of not only those incarcerated but also correctional staff and their families and the community at large. There are several steps that authorities should implement as quickly as possible.

They must screen incoming individuals to prevent and delay infected individuals from entering facilities. They must rapidly identify cases and isolate exposed groups to limit the spread, as well as quickly transfer seriously ill patients to appropriate facilities.

But that won’t be enough. Authorities should release those who do not pose an immediate danger to public safety, while also reducing arrests and delaying sentencings. These moves carry inherent political risks, but they are for the greater good of the public at large. The abrupt onset of severe covid-19 infections among incarcerated individuals will require mass transfers to local hospitals for intensive medical and ventilator care — highly expensive interventions that may soon be in very short supply. Each severely ill patient coming from corrections who occupies an ICU bed will mean others may die for inability to obtain care.

Our ability to release people rapidly will vary by type of facility and jurisdiction. Those being held in jails simply due to their inability to afford bail, or for minor infractions or violations, can generally be released promptly by the judiciary or even the local sheriff. Some jurisdictions are already discussing such mitigation efforts.

Already sentenced individuals pose a greater challenge — one compounded by the punitive policies of the past few decades (mandatory minimum sentences, three strikes and life without parole) that have led to a large, aging incarcerated population especially vulnerable to severe disease. Additionally, half of all incarcerated people suffer from at least one chronic illness, which means even more will be at risk of a poor prognosis if they become infected.

Those eligible for parole can and should be released. Provisions for “compassionate release/parole” exist in every state; however, that process is typically slow, underutilized and very limited. Fortunately, the people at highest risk for severe complications of covid-19 who are incarcerated (the aging and chronically ill), are, on average, the least likely to commit a new crime or need to be re-incarcerated. In some states, governors have the ability to commute sentences or pardon individuals, as does the president in the federal system.

On the federal level as well, there is a parallel public health danger lurking in the immigration detention system, where thousands of people are being held in jail-like conditions that pose similar risks. The Trump administration could, if it wished, institute a simple and even temporary policy change to release those individuals into the community rather than contain them in an environment where rapid spread is likely. As unlikely as this may be given the administration’s approach to immigration detention, this may be the easiest fix, given the broad discretion of the Department of Homeland Security to change policy.

The spread of the coronavirus may only be the tipping point for what can happen when we fail to consider all the costs and consequences of our system of mass incarceration. We justify locking people up to protect public safety. Yet public safety will be at even greater peril if we fail to mitigate risks associated with confining too many people in jails, prisons and detention facilities during a pandemic. 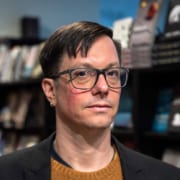 Dr. Jon Soske is the Community Engagement and Education Coordinator at RICARES. A person in long-term recovery from alcohol and drug addiction, he is author/editor of four books on race, discrimination, and inequality and has published widely on social movements, political theory, and qualitative research methodologies.

In his presentation, he discussed the benefits of this new approach and review what the current scholarship does–and does not–tell us about effective anti-stigma interventions. He offered three proposals that could be implemented immediately and would transform the conversation around stigma. 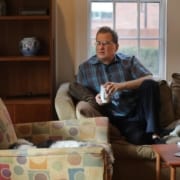 Doctors have own problems in recovering from opioid abuse, including denial of access to key medication
By Chiara Eisner, Globe Correspondent

When Dr. Sylvester Sviokla speaks to physicians at Harvard about the dangers of opioid addiction, they pay attention. He is in recovery from addiction himself.

“I went to Harvard College, Harvard Medical School, I played football, I was a big doctor,’’ he relates, before adding: “If it could happen to me, it can happen to you.’’

Medical professionals are far from immune to opioid misuse. In fact, due to their easy access to pain medication and the high stress levels that come with treating patients, they may be especially susceptible. But for many clinicians, overcoming an opioid dependence can be even more challenging than for those in the general population. They say they are often denied access to medication approved to help them recover from opioid addiction, precisely because they practice medicine.