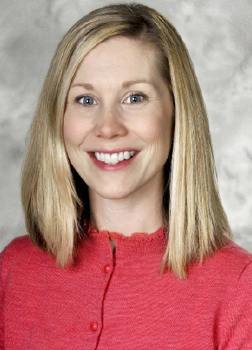 Kirsten Langdon, PhD, is a clinical psychologist and the Site Director of the Lifespan Recovery Center. She is also a clinical assistant professor in the Department of Psychiatry and Human Behavior at The Warren Alpert Medical School of Brown University. Dr. Langdon received her doctoral degree in clinical psychology from the University of Vermont. She completed her residency in clinical psychology at The Warren Alpert Medical School of Brown University and affiliated hospitals, and a fellowship in clinical research in the National Center for PTSD Women’s Health Sciences Division at the VA Boston Healthcare System. She currently serves as the Site Director for the Lifespan Recovery Center, a multidisciplinary, outpatient program, that provides medication-assisted treatment for opioid use disorder.

Dr. Langdon’s research has employed a translational framework, comprised of both laboratory and applied methodologies, which are aimed at elucidating the interplay of mood/anxiety-based processes and co-occurring substance use disorders. The ultimate goal of this translational line of research is to develop specialized intervention programs designed to target these malleable risk factors to reduce distressing emotional symptoms, facilitate greater success with abstinence, and promote overall health and well-being.

The prevalence of opioid use disorder (OUD) has reached epidemic rates in the United States, and opioid-involved overdoses are the country’s leading cause of injury deaths. The natural history of OUD typically involves illegal behaviors which almost always lead to criminal justice involvement. Due to lack of tolerance, release from incarceration is associated with very high rates of drug-related death, with the greatest risk occurring within the first several weeks after reentry into the community. Although there is a high concentration of individuals with opioid use disorder in the criminal justice system, evidence-based substance use treatments are rarely employed in this setting. Medications for Opioid Use Disorder (MOUD), which involves the use of pharmacotherapy in combination with psychosocial support, is an evidence-based approach to treat OUD and reduce overdose risk. A growing body of work suggests that there are extensive benefits to providing MOUD in the correctional setting; yet, despite these advantages, access to treatment has been scarce for this high-risk and vulnerable segment of the population. The state of Rhode Island recently implemented a comprehensive MOUD program to be delivered at the unified jail and prison system. This program offers a unique opportunity to initiate treatment for OUD during incarceration with linkage to care after release. While this work is promising, individuals with criminal justice involvement face a number of challenges while transitioning back to the community, including poor social and family support, financial insecurity, and inadequate housing. This context is characterized by frequent exposure to drug cues and an increased occurrence of stressful life events; both of which are potential precipitants of relapse. Distress tolerance (DT), defined as the perceived or actual ability to handle aversive physical or emotional states, is a transdiagnostic vulnerability factor implicated in the development and maintenance of substance use. Targeting DT during substance use treatment may improve outcomes by promoting the ability to persist in goal directed activity (e.g., abstinence) even when experiencing physical or emotional distress. Personalized feedback interventions (PFI) represent a promising method to effectively motivate engagement in and adherence to MOUD. These interventions are generally brief, individually tailored, and have the potential to be delivered via mobile platforms (e.g., text message). The proposed study seeks to develop and pilot test a combined in-person (delivered by clinician in the two weeks prior to release) and text message-delivered PFI (administered by mobile phone during the initial three months following release), that incorporates DT skills training, for persons engaged in MOUD who are preparing for community reentry (PFI-DT). PFI-DT is designed to: (1) enhance motivation for continued engagement in MOUD; and (2) increase tolerance of distress to improve the ability to cope with stress associated with community reentry. In Phase 1 (Stage 1a), our team will develop and refine, through formative evaluation, the preliminary intervention. In Phase 2 (Stage 1b), we will conduct a pilot RCT to assess feasibility, acceptability and preliminary efficacy. Eighty patients with a history of OUD, actively engaged MOUD during incarceration, will be randomly assigned to PFI-DT or a Health Education (HE) condition using a 3:1 randomization ratio and will complete assessments during incarceration and following release (1-, 3-, and 6-month follow-ups) to evaluate linkage to community-based MOUD programs; use of alcohol and other illicit substances; adherence to MOUD and treatment retention; and prevalence of overdose risk behavior. Results of the current proposal will inform the develop of a R01 application to conduct a Stage II trial. The project seeks to address a major public health priority by improving treatment outcomes for a high-risk, vulnerable, segment of the population – individuals with criminal justice involvement. This work has the potential to reduce illicit opioid use, increase adherence/retention, and prevent future incidence of overdose.