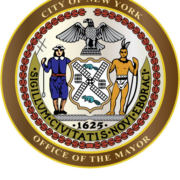 Overdose Prevention Center services offer safe, clean places where people who use drugs can access clinical care and other services

Health Department study: OPCs could save 130 lives a year

NEW YORK—Today, Mayor Bill de Blasio and the Health Department announced that the first publicly recognized Overdose Prevention Center (OPC) services in the nation have commenced in New York City. OPCs are an extension of existing harm reduction services and will be co-located with previously established syringe service providers.

“New York City has led the nation’s battle against COVID-19, and the fight to keep our community safe doesn’t stop there. After exhaustive study, we know the right path forward to protect the most vulnerable people in our city. And we will not hesitate to take it,” said Mayor Bill de Blasio. “Overdose Prevention Centers are a safe and effective way to address the opioid crisis. I’m proud to show cities in this country that after decades of failure, a smarter approach is possible.”

“Overdose Prevention Centers can turn the tide in the fight against the opioid crisis, and New York City is ready to lead the way,” said Deputy Mayor for Health and Human Services Melanie Hartzog. “We have lost too much to rely on the same playbook. It’s time to take bold action to help our most vulnerable neighbors and the communities they call home.”

“The national overdose epidemic is a five-alarm fire in public health, and we have to tackle this crisis concurrently with our COVID fight,” said Health Commissioner Dr. Dave A. Chokshi. “Giving people a safe, supportive space will save lives and bring people in from the streets, improving life for everyone involved. Overdose prevention centers are a key part of broader harm reduction.”

“Over decades harm reduction interventions in New York City have given people the tools they need to keep themselves and their communities safe,” said DOHMH Executive Deputy Commissioner Dr. Chinazo O. Cunningham. “This follows in the path of syringe services, which have played a major role in addressing the HIV epidemic. Overdose Prevention Center services will help disrupt an overdose epidemic that has taken too many New Yorkers.”

“NYC has taken historic action against the mounting crisis of opioid deaths, with the opening of the nation’s first overdose prevention centers,” said Council Member Mark Levine, Chair of the City Council Health Committee. “This strategy is proven to save lives, and is desperately needed at a moment when fatalities are rising fast. I applaud the City as well as the providers who offer these lifesaving services for this bold approach to stopping this crisis.

OPCs, also referred to as supervised consumption sites or facilities, are safe places where people who use drugs can receive medical care and be connected to treatment and social services. OPC services are proven to prevent overdose deaths, and are in use in jurisdictions around the world. There has never been an overdose death in any OPC. A Health Department feasibility study found that OPCs in New York City would save up to 130 lives a year.

Additionally, OPCs are a benefit to their surrounding communities, reducing public drug use and syringe litter. Other places with OPCs have not seen an increase in crime, even over many years.

OPCs will be in communities based on health need and depth of program experience. A host of City agencies will run joint operations focused on addressing street conditions across the City, and we will include an increased focus on the areas surrounding the OPCs as they open.

Provisional data from the first quarter 2021 shows 596 deaths occurred in New York City between January and March of this year. This represents the greatest number of overdose deaths in a single quarter since reporting began in 2000.

The City announced new investments earlier this year to address overdose in New York City, including:

“As the opioid crisis continues to ravage New York and the death toll rises, I am relieved and grateful New York City has taken the necessary step to open two Overdose Prevention Centers. These centers will be an effective tool in preventing overdose deaths, stopping the spread of disease, and providing a path to recovery. They will also help address the valid concerns that certain New Yorkers have regarding the increased presence of substance use on our streets and its impact on our communities. This is just a first step. I look forward to working with the Mayor to open overdose prevention centers in areas with the highest overdose deaths, including the Bronx, and with the Governor to authorize them throughout New York State,” said State Senator Gustavo Rivera, Chair of the New York Senate Health Committee.

“We know that law enforcement solutions alone will never fully address the issue of drug addiction in our communities. Overdose prevention centers are a compassionate and proven way to help people get critical services and supports, and promote health and safety in the community,” said Richard Aborn, President of the Citizens Crime Commission of New York City.