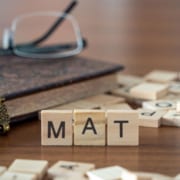 By Mary A. Burke and Riley Sullivan

“Since the early 2000s Rhode Island has been among the states hardest hit by the opioid crisis. In response, the state has made it a priority to expand access to medication-assisted treatment (MAT) for opioid use disorder (OUD), which refers to the use of the FDA-approved medications methadone, buprenorphine, and/or naltrexone in conjunction with behavioral therapy. MAT is strongly supported by scientific evidence and endorsed by US public health officials and yet fails to reach many OUD patients. Using administrative data covering medical treatments and selected health outcomes for more than three-quarters of the Rhode Islanders covered by health insurance from mid-2011 through mid-2019, this report considers MAT’s efficacy in preventing opioid overdoses in Rhode Island and sheds light on the barriers to receiving MAT.”