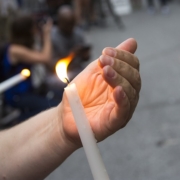 Nation records more than 100,000 fatalities over 12 months for first time

“The U.S. recorded its highest number of drug-overdose deaths in a 12-month period,
surpassing 100,000 for the first time in the shadow of the coronavirus pandemic,
according to the Centers for Disease Control and Prevention.

There were an estimated 100,306 drug deaths in the 12 months running through April, the
latest CDC data show. This marks a nearly 29% rise from the deaths recorded in the same
period a year earlier, indicating the U.S. is heading for another full-year record after drug
deaths soared during the Covid-19 pandemic.”

“I really don’t think we should be surprised that deaths are rising. We haven’t
fundamentally changed anything in our approach to substance use in the United States or
how we approach social inequity,” said Elizabeth Samuels, an emergency physician at the
Alpert Medical School of Brown University, who researches substance-use disorders.