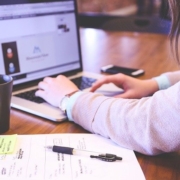 COBRE Investigators Dr. Brandon del Pozo, Dr. Josiah Rich and Dr. Jennifer Carroll published a manuscript in the International Journal of Drug Policy on “Reports of accidental fentanly overdose among police in the field:  Toward correcting a harmful culture-bound syndrome”.

“In August 2021, San Diego County Sheriff Bill Gore released a dramatic video allegedly depicting a deputy overdosing on fentanyl following incidental exposure during an investigation in the field. The film asserts the deputy only survived thanks to the swift action of his colleagues, who administered four doses of intranasal naloxone, the first two within seconds of his collapse, then two others minutes later. Blowback from experts came swiftly: toxicologists have concluded it is impossible to inhale or transdermally absorb enough fentanyl to quickly overdose (Moss et al., 2018). The deputy’s symptoms were inconsistent with an opioid overdose, and the video’s narration contained serious inaccuracies about overdose identification and response. Such misinformation about the risks of incidental exposure to fentanyl has proven to be persistent among U.S. law enforcement (Attaway, Smiley-McDonald, Davidson, & Kral, 2021; Beletsky et al., 2020). It is critical to correct these misconceptions to ensure an appropriate police response to contact with fentanyl, and to reduce the harms that false beliefs can yield.”