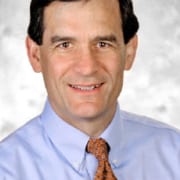 Rhode Island Hospital announced today that it has received an $11.8 million federal grant to address the nation’s opioid epidemic by establishing the Center of Biomedical Research Excellence (COBRE) on Opioids and Overdose at the hospital. The center, to be funded with a five-year, Phase I grant from the National Institute of General Medical Sciences, will work in partnership with Brown University and Women and Infant’s Hospital to develop and sustain a critical mass of investigators specializing in opioid use disorder. The center will be led by principal investigator Josiah Rich, M.D., M.P.H. and Traci Green, Ph.D., M.Sc., who are both affiliated with Rhode Island Hospital and are recognized as national experts in the epidemiology of opioid and other illicit substances.

“There is a tremendous need for greater scientific understanding of the mechanisms underpinning opioid use disorder and a need for more effective interventions to treat and prevent opioid misuse and overdose,” says Rich, an infectious disease physician with Lifespan and Brown Medicine and the director of the Center for Prisoner Health and Human Rights at Lifespan-affiliated The Miriam Hospital. “This center will bring together experts from institutions across Rhode Island to support excellence in the research needed to combat the opioid epidemic hampering and taking the lives of our friends and neighbors.”

Rich and Green have more than 40 years of experience between them conducting research with people with opioid use disorder. The intent of COBRE grants is to establish leadership and mentorship by experienced researchers, overseeing and supporting the work of three to five junior investigators at once in thematic, multidisciplinary centers, until those researchers establish a body of work to enable them to secure their own independent funding. Over the possible 15-year span of COBRE’s three phases, this builds the institution’s capacity and expertise in a given area.

“Rhode Island continues to be a national leader in innovative approaches to addressing opioid use disorder,” says Green. “The unique political and public health climate that has been cultivated over decades of collaboration among members of this research team, community partners, and key stakeholders makes Rhode Island an ideal location to establish the COBRE on Opioids and Overdose.”

Rhode Island has high stakes in the success of this research. According to the NIH’s National Institute on Drug Abuse, Rhode Island is among the top ten states for rates of opioid-overdose death, with more than double the national rate in 2016. Rhode Island suffered nearly 300 deadly overdoses that year. A host of other public health threats come along with addiction, including neonatal abstinence syndrome, HIV and Hepatitis C.

“The establishment of the COBRE on Opioids and Overdose in Rhode Island is another concrete step toward combatting this public health crisis,” says Raimondo. “Dr. Rich, Dr. Green and so many of the leaders involved with this center have brought their medical and public health expertise to the table in our statewide efforts on opioids. I congratulate them on securing this funding to develop and sustain a research center devoted to this issue, and look forward to continuing work with them to marshal all of the needed resources to save the lives of Rhode Islanders.”

Three research projects by early-career project leaders have been identified to be supported with the inception of the COBRE on Opioids and Overdose. They are:

In addition, Rhode Island Hospital will fund 15 junior investigators with a $600,000 pilot program.

The funding for the COBRE had the vital support of Rhode Island’s Congressional delegation.

U.S. Sen. Sheldon Whitehouse, who co-authored the landmark bipartisan Comprehensive Addiction and Recovery Act (CARA), sweeping legislation that guides the federal response to the opioid epidemic, said, “We still have a lot to learn about how to prevent and treat opioid addiction. That’s why medical research is a huge part of the battle against the opioid crisis, and why I’ve been fighting to unlock research funding like this for Rhode Island. This new center will help outstanding researchers at Rhode Island Hospital and other Rhode Island institutions expand work to answer tough questions about opioid addiction. It’s an important victory for those confronting addiction or walking the difficult, noble path of recovery.”

“Effectively combatting the opioid overdose epidemic requires investments in biomedical research to better understand the nature of addiction and develop targeted methods for prevention, treatment and recovery,” said Congressman James Langevin. “Congratulations to the team of researchers at Rhode Island Hospital for securing this federal funding and for your efforts to help bring this devastating public health crisis to an end.”

Congressman David Cicilline said, “This federal funding will support vital research aimed at combatting a serious epidemic facing our state and country. Opioid addiction affects all communities and is devastating so many families. It is a serious public health crisis that requires urgent action. Establishing this COBRE will help us better understand this disease and identify real solutions to address it.”