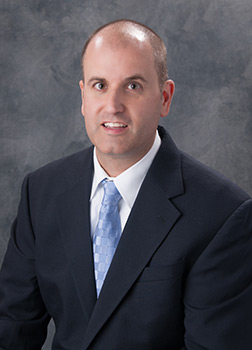 Stephen J. Kogut PhD MBA RPh is a Professor at the University of Rhode Island College of Pharmacy, specializing in Health Outcomes research. Dr. Kogut began his professional career in managed care pharmacy with the former Harvard Pilgrim Health Plan of New England, and later worked as a pharmacist at Butler hospital for more than 13 years. He is currently director of Tracking and Evaluation for Advance-CTR, which serves as a central hub to support and educate clinical and translational researchers in Rhode Island. He is a former chair of the Department of Pharmacy Practice and served 2 terms as a member of the R.I. Board of Pharmacy. He is currently a member of the R.I. Medicaid Drug Utilization Review Board, the chair of the Board of Directors for Healthcentric Advisors, and member of the New England Comparative Effectiveness Public Advisory Council which serves as the ICER voting body for this region. Dr. Kogut’s research interests include pharmacoeconomics, quality measurement in medication use, and medication for treatment of opioid use disorder.

Patients prescribed buprenorphine/naloxone (bup/nlx) are often prescribed other medications that increase the risk of adverse outcomes, including death. This risk is attributed to drug interactions involving buprenorphine, and when patients relapse to misuse. State Prescription Drug Monitoring Programs (PDMP) are an important resource to alert prescribers about controlled substances including opioids issued by other providers, so that unintentional concurrent use of controlled substances may be avoided. Yet patients treated with bup/nlx often have comorbidities for which controlled substances may be indicated, including anxiety, insomnia, post-traumatic stress disorder and acute pain syndromes. Pharmacoepidemiologic research reveals that many patients are prescribed bup/nlx concurrently with other controlled substances, and that rates of this concurrent use vary by state; however, data specific to Rhode Island are lacking. Moreover, the concurrent use of other prescribed controlled substances may indicative of or predictive of nonadherence with bup/nlx. The RI PDMP database includes all controlled substance prescriptions dispensed by RI-licensed pharmacies, including bup/nlx and other opioids, benzodiazepines, and other central nervous system depressants. The PDMP provides a novel data source for this research, as unlike payer claims databases it includes cash dispensings, and is generalizable to the state level. Using the PDMP we will identify patients prescribed bup/nlx and estimate the overall, age and gender specific prevalence of use. Further, we will quantify concurrent use of A.) other prescription opioid medications, B.) benzodiazepines, C.) non-benzodiazepine sedative hypnotic “Z” drugs and D.) other CNS depressant medications, including barbiturates, skeletal muscle relaxants and pregabalin. We will describe their use according to patient characteristics (age, gender, insurance type, state region) and identify subgroups with highest utilization. Additionally, we will calculate rates of patient adherence with bup/nlx and determine if adherence differs for patients utilizing these other controlled substances, controlling for other patient characteristics in a multivariable framework.

Center for Medicare and Medicaid Innovation